LuDi a écrit:"We have pleasure in giving you below the information we found in our old, hand-written production register regarding your LONGINES watch.

Hope this information is convenient to you, and always at your disposal, I remain with my best regards. 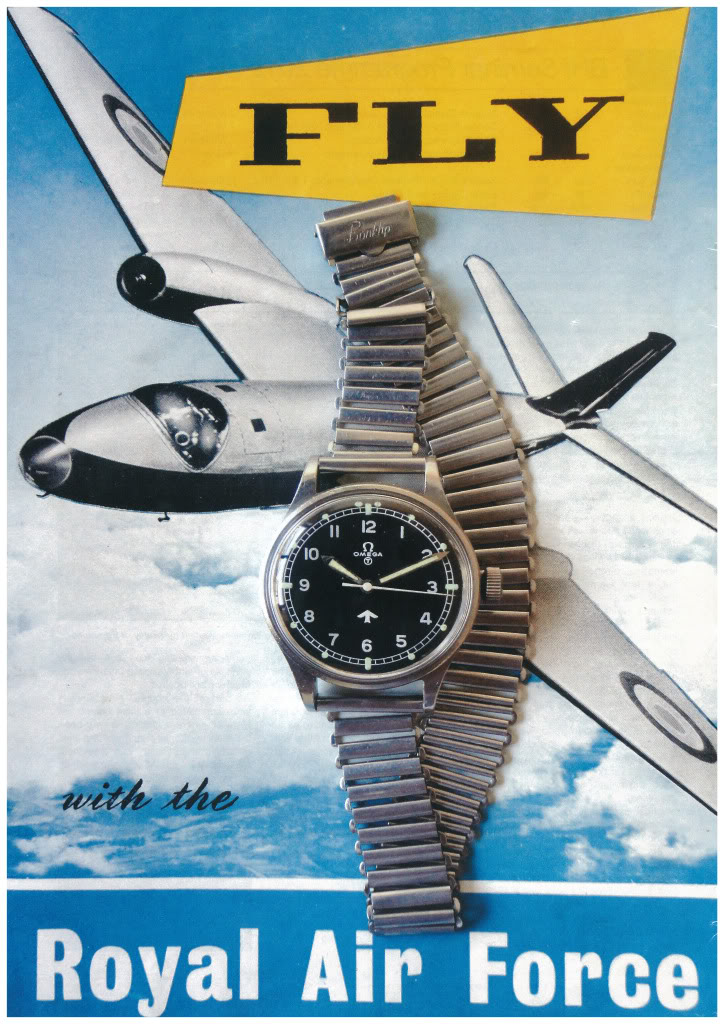 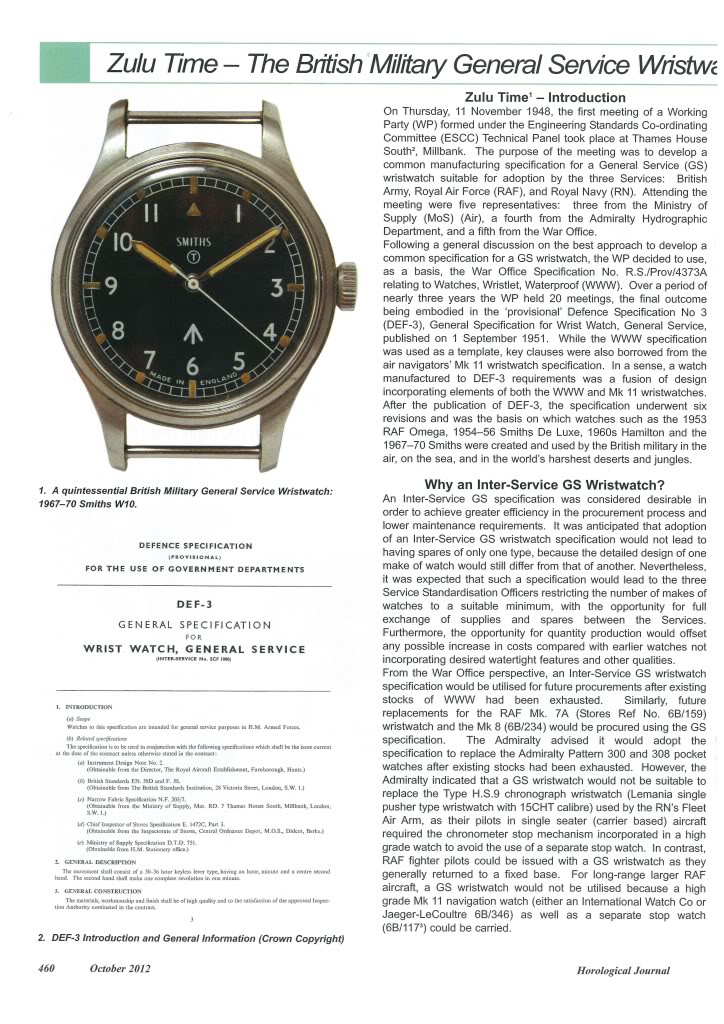 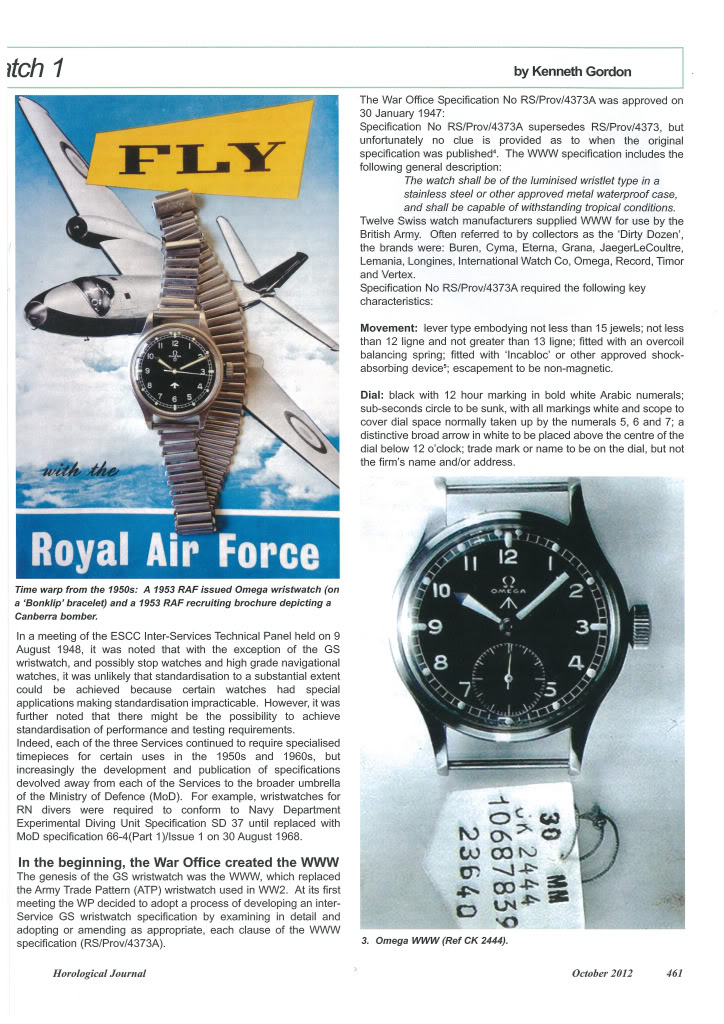 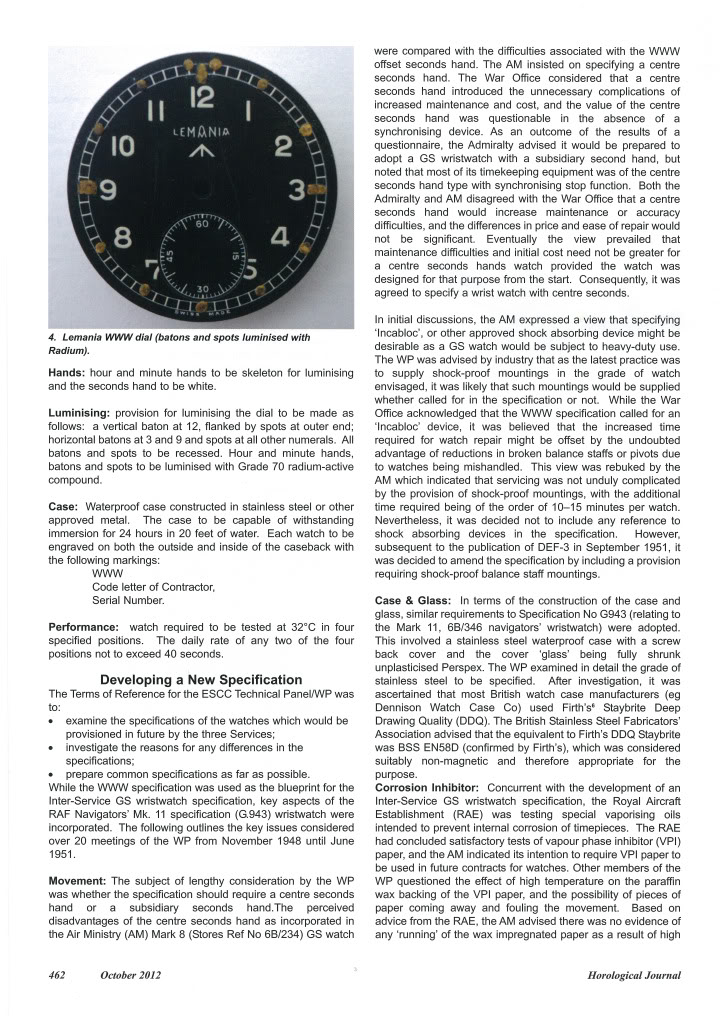 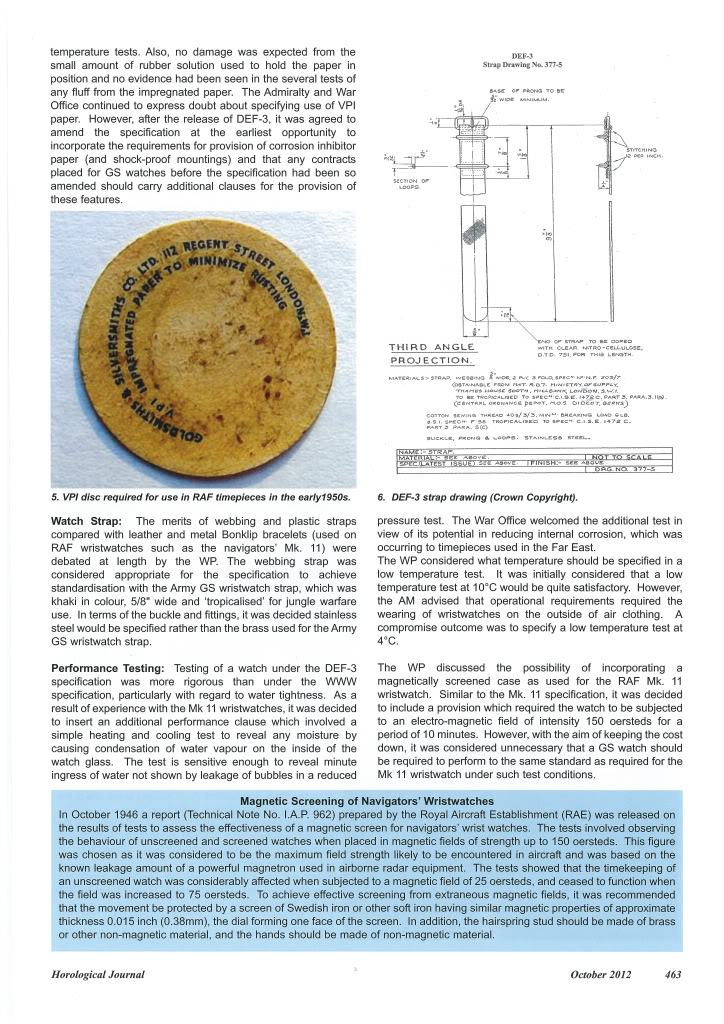 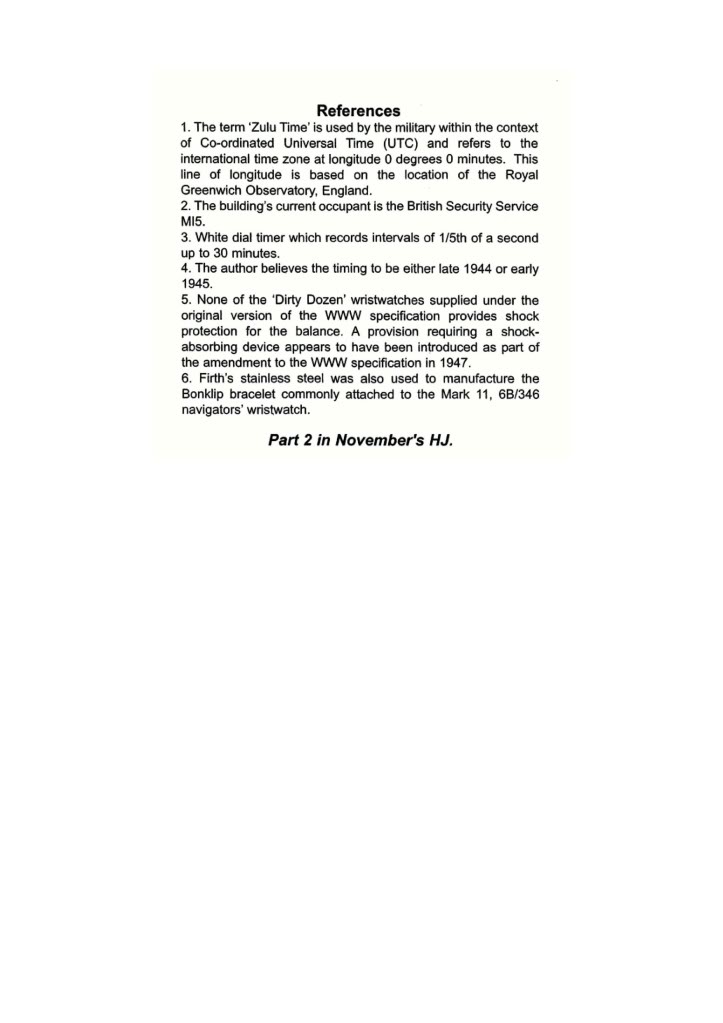 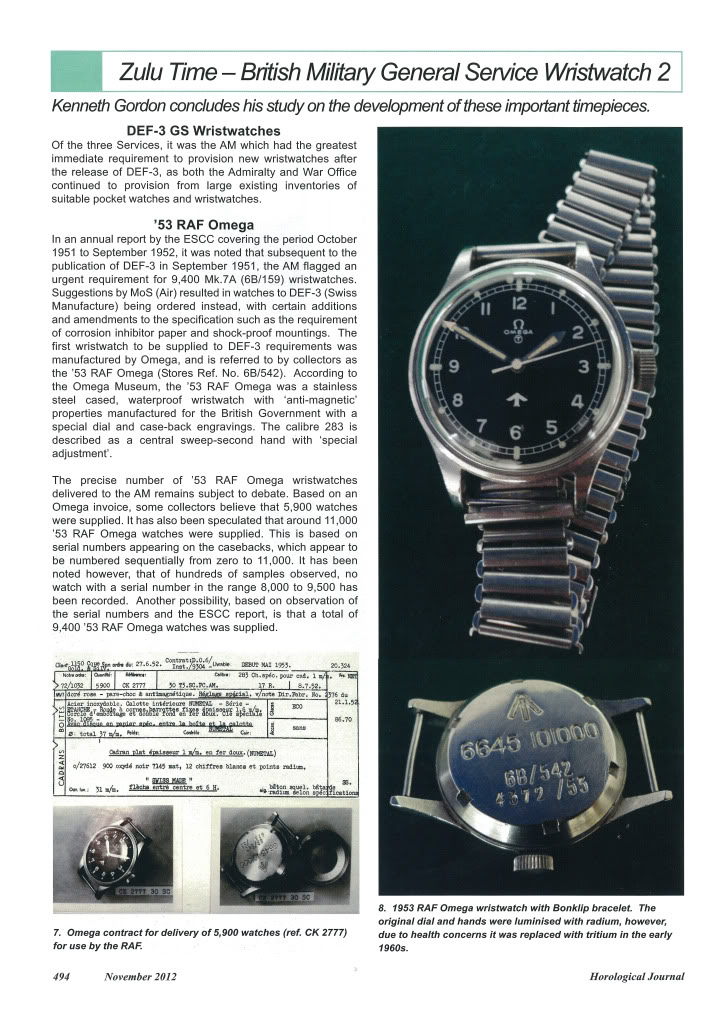 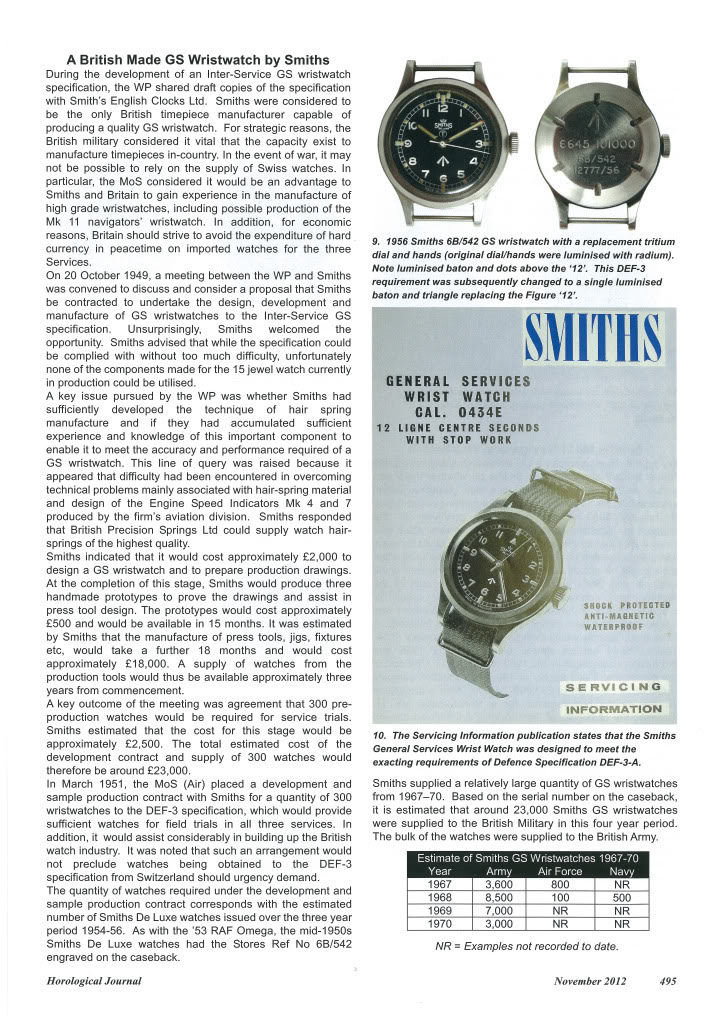 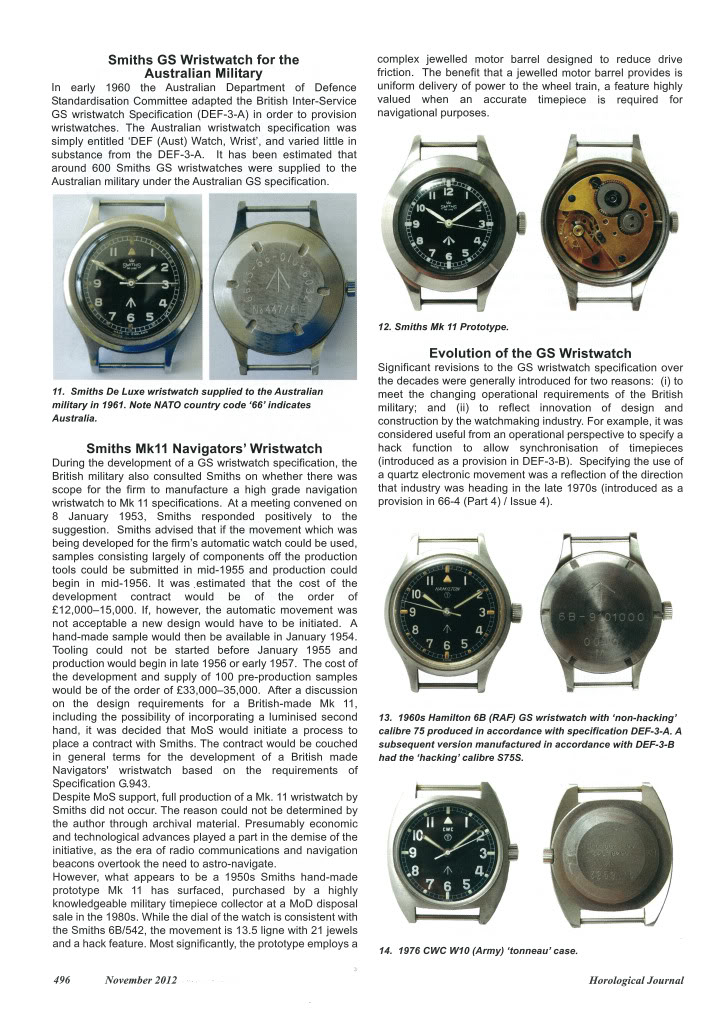 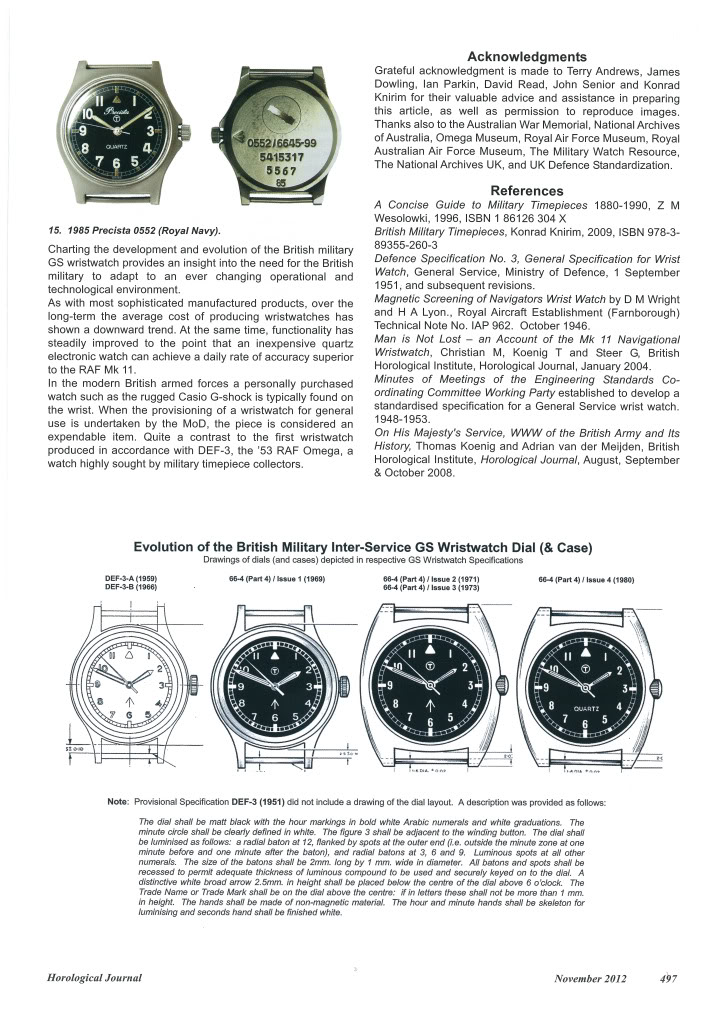 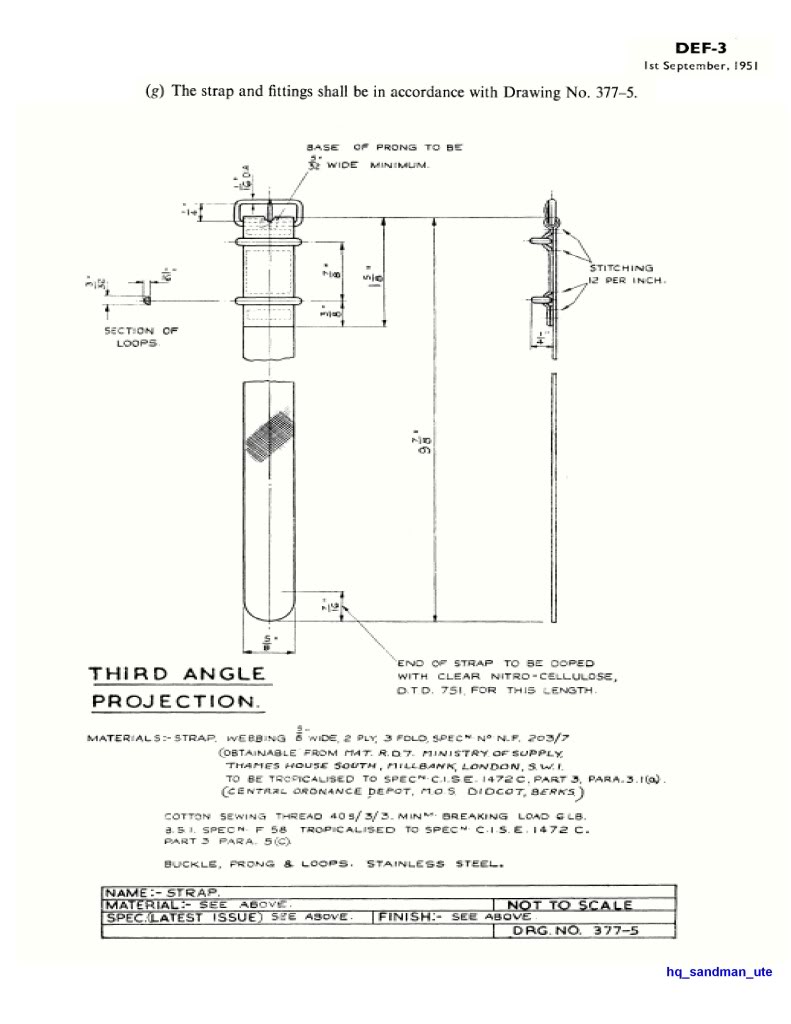 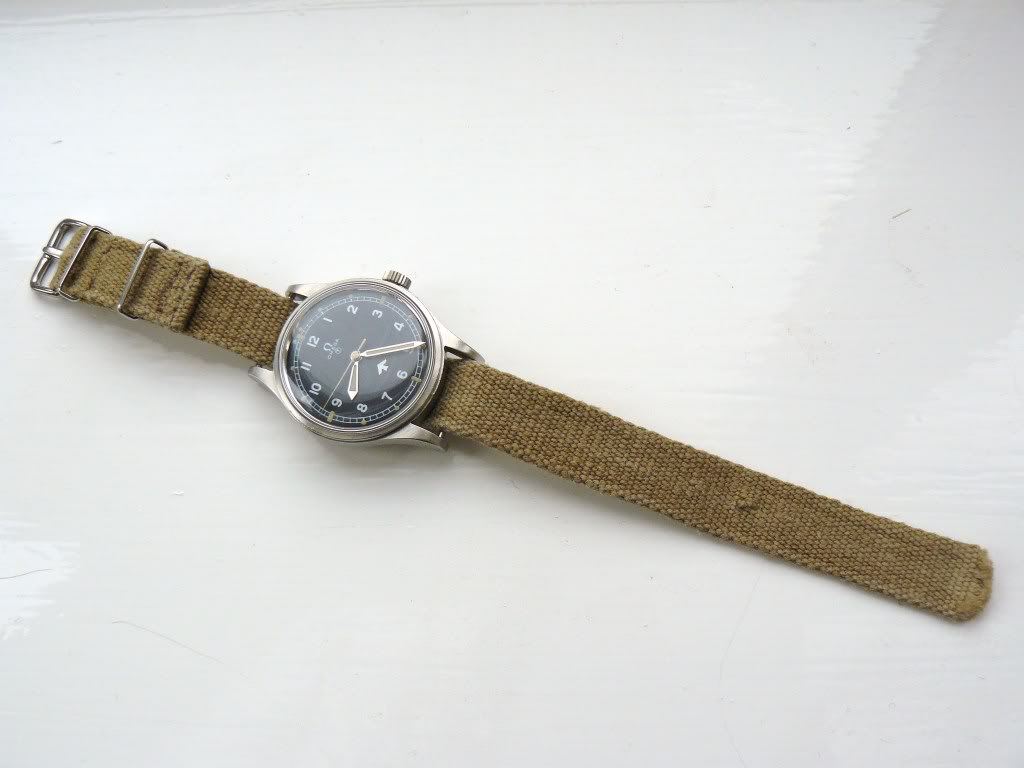 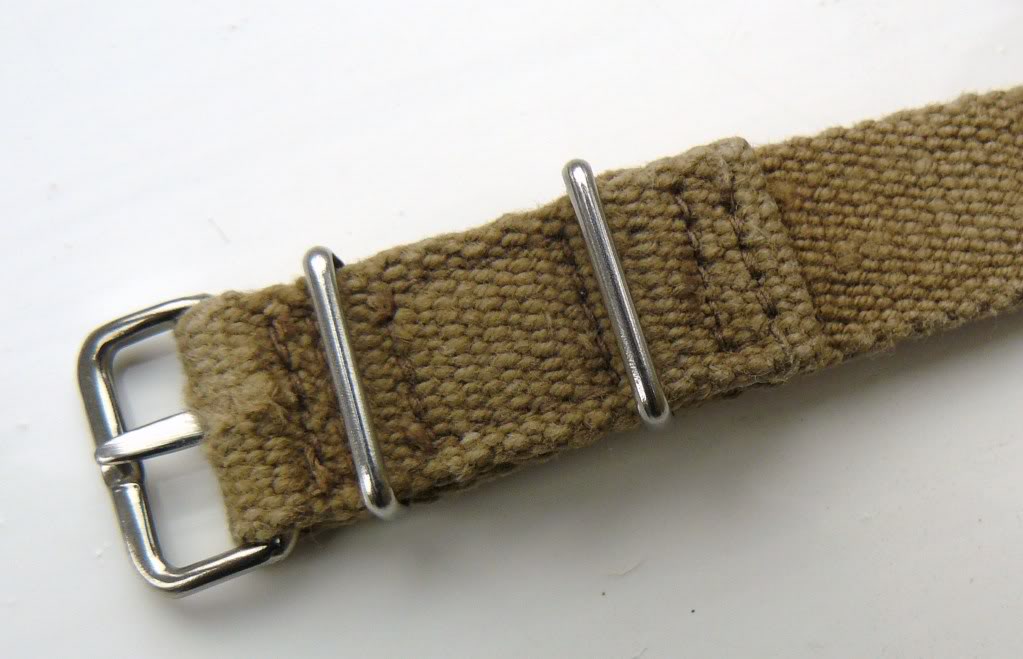 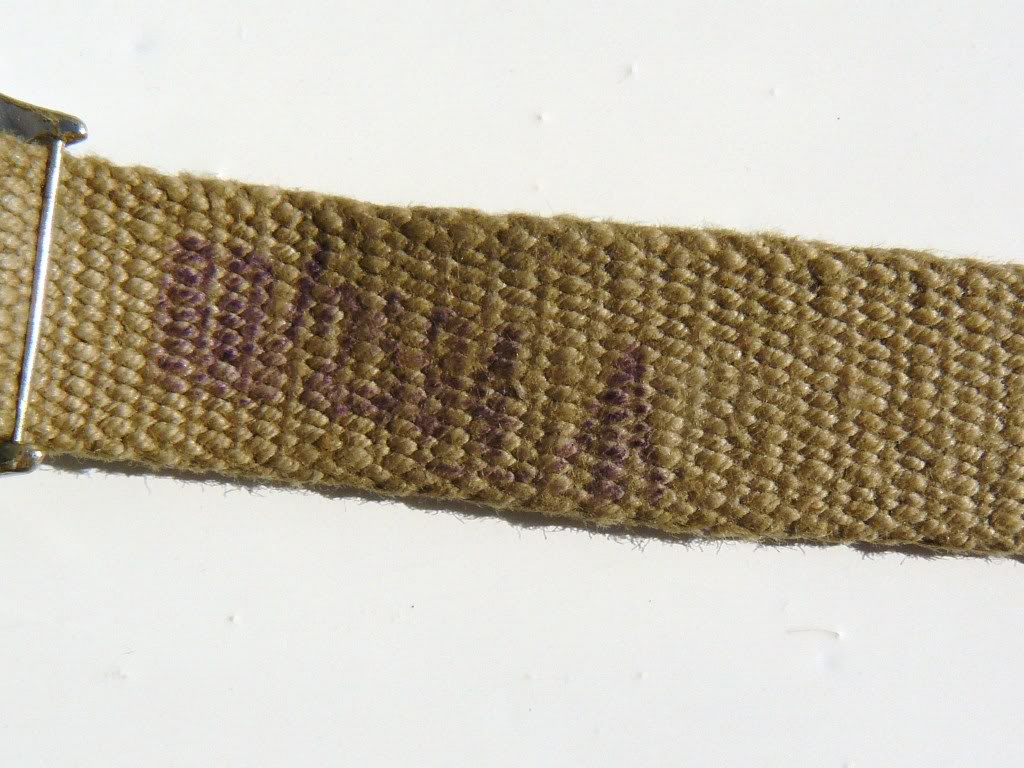 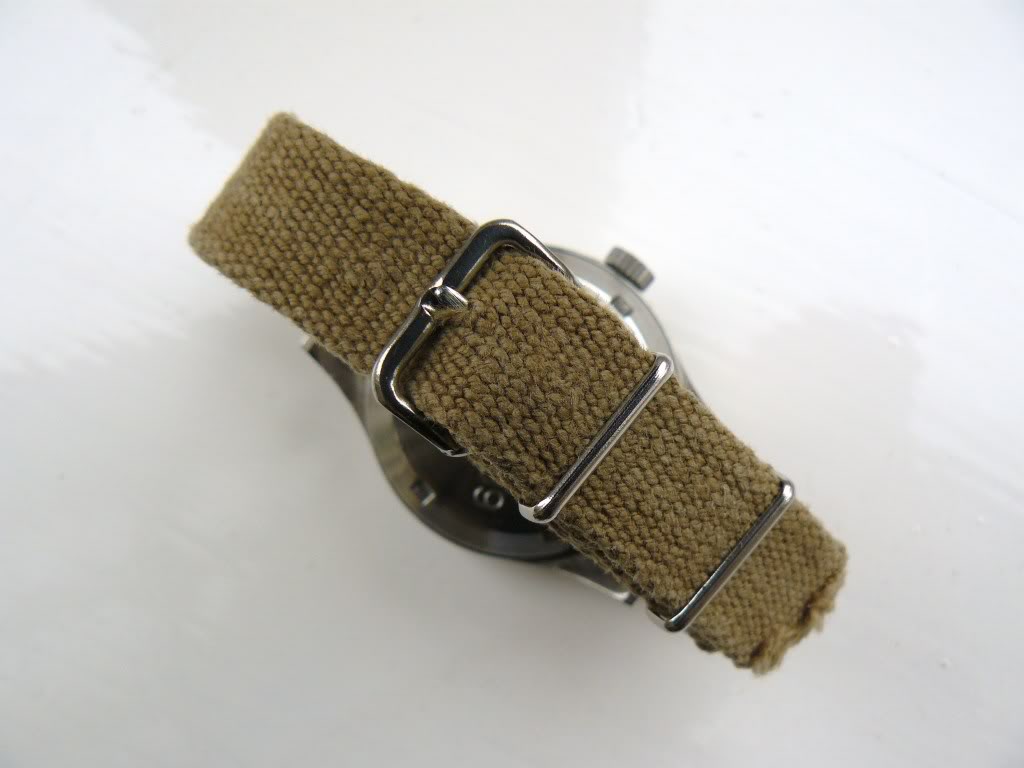 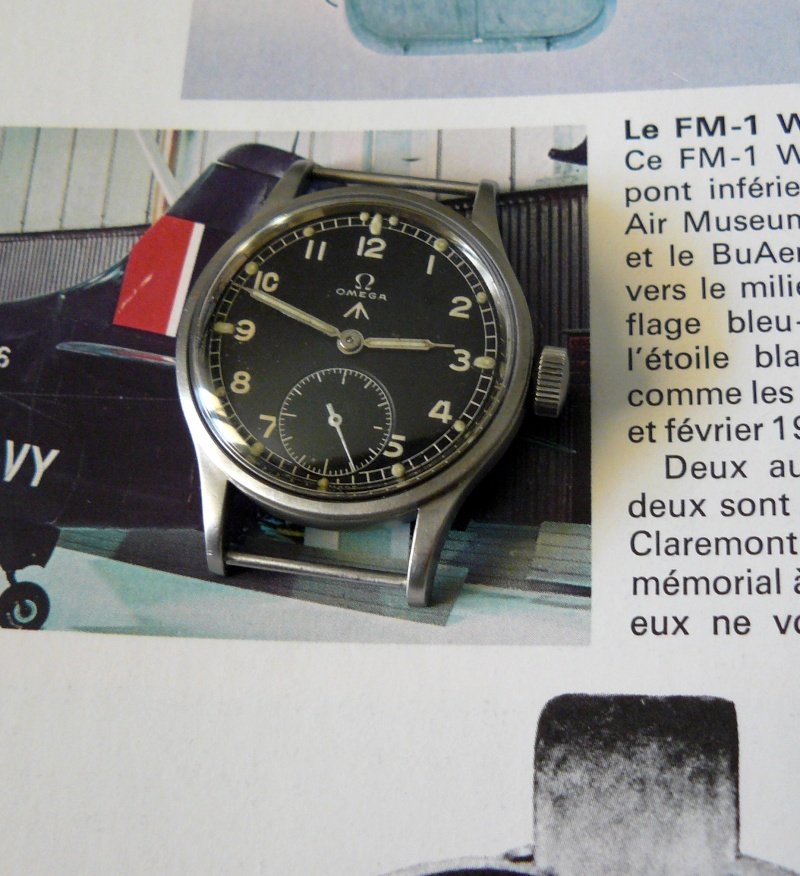 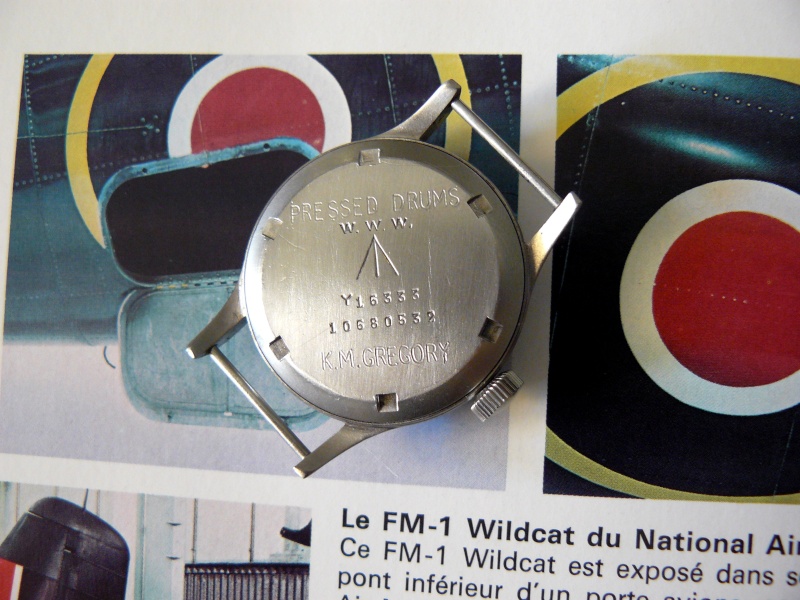 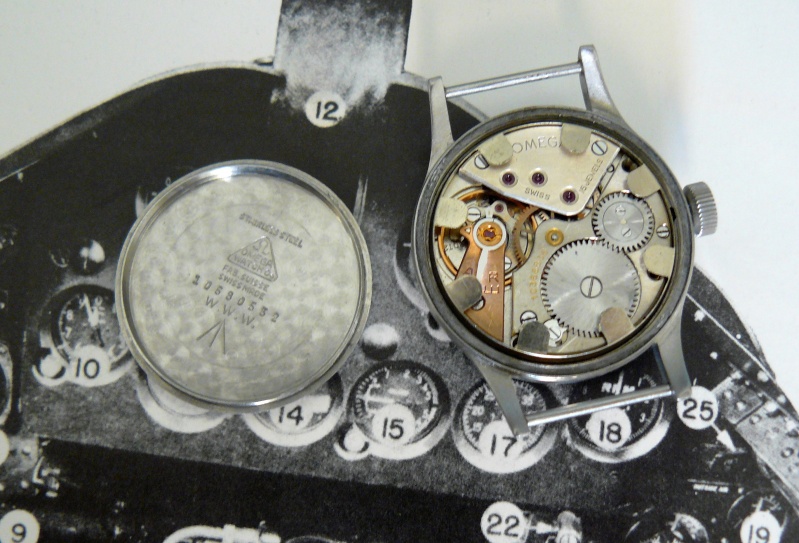 Horlogerie;233209 a écrit:Repair of an Omega 30T2 handwind  movement

The watch was sent in for servicing and possible repair. Included in the package was an extra movement, but a quick inspection revealed that the balance and cock were replacements and not 30T2 caliber parts, therefore unusable. The rest of the spare movement looked ok, so I put it to one side and checked out the watch.

My initial inspection indicated that the balance staff was broken, movement would run dial down but not dial up, and when I moved the balance with the twezers it flopped around – a sure sign of a broken staff.

First up was the removal of the balance cock, to check the condition of the staff. Much to my surprise the staff was just fine, both pivots were there and looked ok, closer inspection revealed some concerns, the staff was replaced and was too short, the reason it appeared broken on my initial inspection, a closer inspection showed that the roller table was cracked, most likely a result of the staff replacement. So clearly someone had been here before and did some questionable work, wonder how the justified the replacement staff that resulted in a non-working watch.

With the damage to the roller I was reluctant to remove the staff in case the roller ended up unusable, leaving the customer no further ahead than when he sent the watch in, in effect a non-working watch. The jewels are fixed in place and non shock absorbing and there was no way that I could move either of the jewels in attempt to eliminate the excessive end shake.

Given the high cost of replacement parts for this movement (the same day I was doing this job, I happened to have noticed a 30T2 balance complete for sale, at $400.00, ouch) I had to find a solution. If replacing the staff was not an option, and moving the jewels wasn't either, then the only solution I could come up with was to slightly trim the bottom of the balance cock foot, thereby moving the whole cock downwards and correcting the defect. I ran all the scenario's, options, and my findings past the customer, and he agreed to the balance cock re-work.

Here is a view of the balance with the top cap jewel removed, you can see that the pivot is no where to be seen, it's situated down below the bottom level of the hole jewel.

Here's a closer view of the cracked roller table.

As I took apart and inspected the rest of the movement, I found more botched workmanship. The barrel bridge bearing for the top barrel arbor pivot was worn, signs are the worn brassing area just at the top of the photo, and of course the botched repair by someone in attempt to correct the wear, all they have done is take an egg-shaped worn hole and squared off the inner edges. Not a good bearing surface if you want to ensure smooth winiding and proper working of the mainspring.

Top view of the punch and hammer damage.

So I went ahead and reamed out the damaged hole. Work is done on the jewellers press to ensure a perfectly aligned and upright hole which to install my new bushing into.

With the hole enlarged enough to allow fitting of a new bushing, you can see the burr left over that I carefully cut away by hand with a 45 degree cutter.

I made a new bushing on the lathe, cut it off and fitted it into the new hole.

Here is a view of the barrel, new bushing, and barrel bridge.

The bushing is pressed home on the staking tool, and secured with a tiny bead of loctite, then the arbor is test fitted multiple times while carefully and slowly reaming the hole until the arbor just fits, then the hole is hardened with a smooth broach and test assembled. With a free turning barrel, with the correct end and side shakes, the job is completed.

Here is a view of the fitment to the  underside of the bridge.

The repairs worked out well, the watch runs, in all positions now, I had to make a few minor adjustments to the cock height with the watch running and observing the results on the computer screen of the escapmemnt analyzer, and in the end I was able to get a reasonable rate in all positions that while not within COSC specs, are perfectly acceptable given the alternative, a non-working paperweight. After 24 hours sitting dial up on the bench, it's less than 1 minute out from the atomic time signal, not bad at all, and granted when worn the dynamic movements are going affect the rate, but overall the watch is working and certainly wearable. I think the customer will be pleased when he gets it back.

Here is a view of the watch torn down before cleaning.

And since we have only been looking at movement photo's, it's appropriate to end the post with a view of the watch in question.